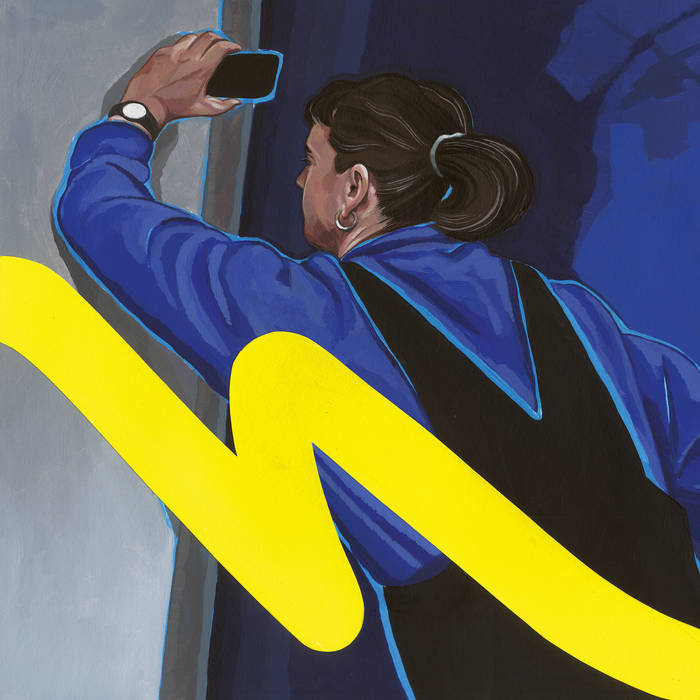 Formed late in 2013, Witching Waves quickly released two LPs and three EPs in 2014 and 2015. Then they fell silent, at least in terms of recorded output, though they continued to play out and tour. Not too long ago, bassist Estella Adeyeri joined founding members Emma Wigham and Mark Jasper, and now, nearly four years on from their last LP, Witching Waves have given us a new full-length record. The ten songs are raw and urgent, with a stripped down post-punk sound. From the very start, the power taps are turned on full blast, with “Disintegration.” There’s nothing polished about this, with unnervingly raw vocals, noisy guitar and bass, and an elemental melodic line. But, at the same time, the end result sounds tight and driving. There is almost a mania, like the band believes their lives depend on getting this song out. Wigham’s vocals, particularly on “Best of Me” are intense, and that track blends tribal rhythms and dark dreaminess to great effect. “Shipping Container” starts off as a minimalist song, with a simple, repetitive line and robotic vocals, then halfway through the track, there’s a pause, and then the track starts to jam hard, in its own evil-sounding way. “Money” starts out with an angular jangle, but once it reaches the three quarter mark, it, too, transforms, and begins to rumble menacingly. “Underachiever” and “Inside Outside” are non-pop pop songs, with distinct melodic lines and distorted jangle, but both have an undercurrent of jeopardy. “Waiting for the Sun” closes the LP with a great pounding track, an almost mechanical rhythm accentuated by a higher register guitar. Witching Waves is named for an amusement park ride, but this record isn’t just amusing; it’s a thrill ride, for sure.

Check it out here: https://witchingwaves.bandcamp.com/album/persistence